‘Coronavirus has shielded the government from Brexit and the controversy and chaos surrounding it.’ Luke argues that coronavirus has ultimately benefitted Johnson’s administration.

As tragic as it’s impacts are, the coronavirus crisis could not have come at a better time for Boris Johnson. The pandemic has covered up Brexit and has led to many coalescing around the government- until recently.

Remember Brexit? It may seem like a lifetime ago, yet it was only 4 months ago that the UK officially left the EU following years of political turmoil and crisis.

The UK was, until the virus hit, hurtling towards economic disaster at the end of the transition period (December 31st) and it would have left a stain on the Conservative party. Brexit would not be a shiny happy ending, but a disaster, built on lies and desperation for change.

How does this tie in with coronavirus? Well, the long term impact of COVID-19 is going to cause a huge economic crisis, with unemployment figures in countries such as the USA almost as high as the height of the Great Depression. So, when Britain finally leaves the EU, the economic crisis it would have caused will be mitigated, because we will already be in a deep recession ourselves. People have forgotten about Brexit, and the end of the transition period as a footnote in British history, not the huge event it was set to be just 6 months ago.

Therefore, it will be almost impossible to prove that Brexit was a bad idea, that it would have wrecked the economy or that the £350million was nonsense, because it will be overshadowed by a different crisis that removes all control variables. Borders across the world are closed and trade with other nations has been hit, limiting the impacts of Brexit on the struggling British economy. Coronavirus has removed the biggest threat to the government’s popularity and standing.

In times of crisis, people rally around the government, with polling figures showing the Conservatives exceeding 50%. This crisis is not the government’s fault and the people see that.

Indeed, the government has no need to point fingers, because the virus is not a political invention. They don’t need to blame anyone, as they did the ‘remoaners’ during the Brexit debacle. Instead the people have rallied around them for protection against an outside threat.

The crisis has allowed Johnson to portray himself as a Churchillian figure, saving the country in its darkest hour. How true this is simply doesn’t matter, as long as he can convince the people he saved them. Despite having the highest death toll in Europe, Johnson will continue to convince Brits that he is the strong and stable saviour that got it right.

Coronavirus has shielded the government from Brexit and the controversy and chaos surrounding it. Instead, they have been able to bask in the glory of supposedly saving the British people. Coronavirus is a lifeline to the Johnson government, a blessing from above. 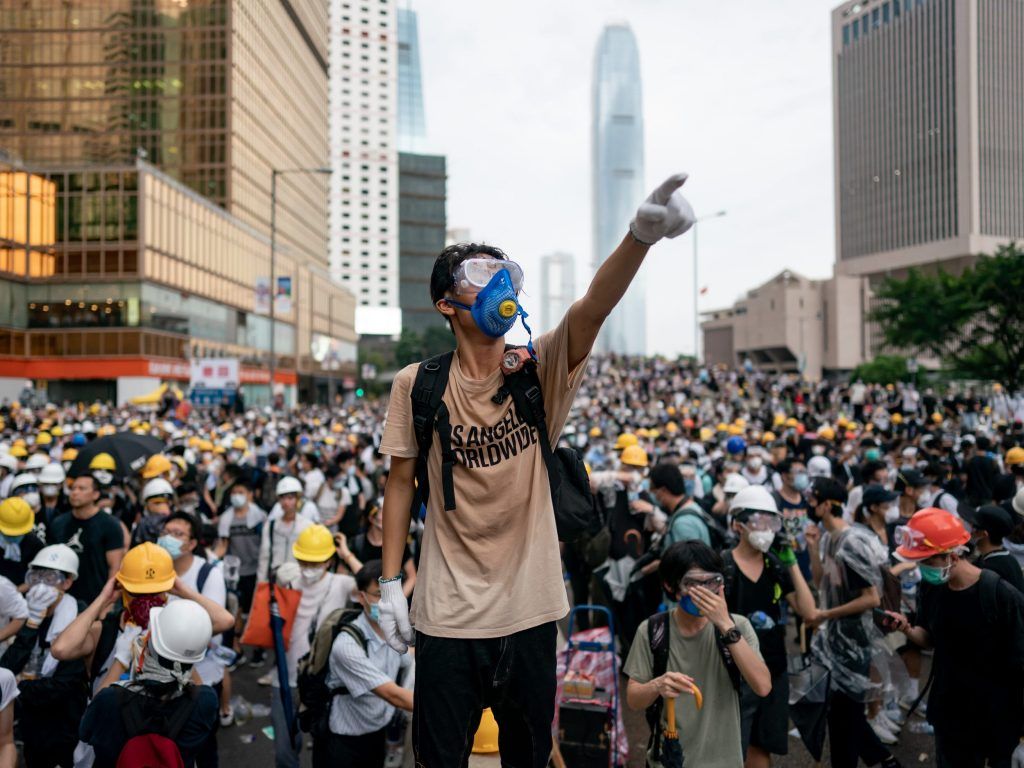 'The fate of this generation may once again depend on Britain now'. As the situation in Hong Kong escalates, Donald reflects on the role and responsibilities of the British Government.

The government’s attempt to yet again villify the very people who hold them to account, illustrates a deeper problem with their version of democracy'. Our Editor-in-Chief, Namitha Aravind, discusses the implications of this weekend's proceedings.